What’s the Design Management System (DMS) by Pagelines really like then?

I’ve read several reviews not long after Pagelines released DMS and now I know that many didn’t really know much about it. So I thought it was time you heard from someone who has been using Pagelines for several years and DMS since the beginning, and who cares what anyone else thinks Pagelines DMS is awesome, let me explain who am I and why this is the way forward.

Who I am to review Pagelines DMS

Almost 14 years ago I started a company designing and developing websites. Writing endless lines of code, testing and debugging, debugging often took as long as creating the website in the first place, it’s not a complaint it was fun and the money was great as there were only a handful of handsome talented website designers and companies around. Today all that has changed, whilst there aren’t many handsome ones left there are plenty, possibly zillions of web design people out there, so what do you do to stay ahead of the competition (hhmmm) and still compete in such a swamped industry?

Get the job done quickly, efficiently and get paid

Pagelines DMS lets you develop a website in hours, it will look good on a mobile and a desktop. Back when I started a good website could take several days to design and build, so you have reduced your development time considerably meaning you can now compete on price. You still need to spend time on the design, but websites need to be designed around the different types of screen sizes, since more people use mobile devices namely mobile phones and tablets than desktop PCs your creative design needs to remain within the boundaries of responsive design, which is what Pagelines DMS provides when you first install it.

Having worked with WordPress longer than Pagelines and Pagelines DMS I know some of the issues you face when trying to have different sidebars on different Posts for example, something Pagelines addressed but completely solved with DMS. You can design a page layout to include whatever you want, sliders, sidebar widgets etc. and save each individual page as a template. If you want a different sidebar on different post pages you can just apply the relevant template you have created. Adding your own custom CSS classes into the different sections that DMS first creates allows you to target that area in your style sheet. So if you don’t like the slider taking up all the screen you can simply target that area in your style sheet. The ability to have any number of templates, whereby the content area (including the sidebar) can be different is priceless, solving one of the restriction of WordPress for the inexperienced. 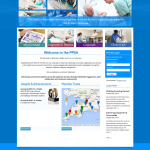 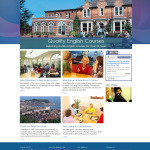 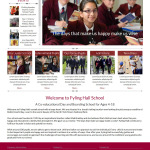 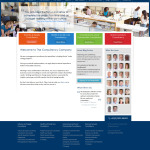